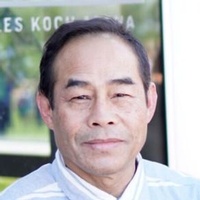 My Douangphachanh 61, was born on June 4th 1957 in Parkmee, Laos. He was the eldest son of Khamphoun and Khamdy Douangphachanh. My attended high school in Laos in 1980 and moved to Winfield, KS in 1987. In May of 1987, he married Boualay Douangphachanh and the couple had three daughters. My worked at Rubbermaid for 19 years before working at DJ Engineering in Augusta, KS.

My enjoyed fishing, hunting, singing and spending time with his friends and family. He was always smiling and having fun with his loved ones, especially his grandson, Traeh-Alan. He was a beloved husband, father, grandpa, brother and friend.

On January 13th, 2019, My was taken to William Newton Hospital in Winfield, KS and later transferred to Wesley Medical Center in Wichita, KS, for treatment. My was surrounded by his wife, daughters and friends when he passed away peacefully on January 15th, 2019, at 11:08pm.

To order memorial trees or send flowers to the family in memory of My Douangphachanh, please visit our flower store.