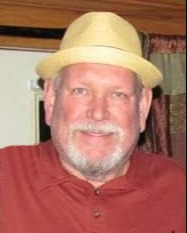 After his military career he went on to work and retire from Boeing in Wichita, KS.

Marcus enjoyed celebrating life and was loved by many for his outgoing and fun-loving personality. He had many life experiences including riding bronc horses in rodeos, racing cars at 81 Speedway, riding Harley motorcycles cross country and was an avid target gun shooter. Marcus also had a very special place in his heart for his dogs.

Marcus and his beloved wife, Rhonda Treadaway, both left this earth together.

He was preceded in death by his father.  He is survived by his mother; daughters, Nicole Treadaway and Michelle (Barry) Jones; grandsons, Devyn Jones and Jace Jones; sister, Georgane (Kevin) Treadaway Vann; extended family; and friends.

A memorial service will take place on Saturday, October 29th, 2022, 10am at Reflection Pointe, Wichita, KS, 67210 with a celebration of his life to follow.

In lieu of flowers, memorial contributions may be made to the Kansas Humane Society and Hope for the Warriors.

To order memorial trees or send flowers to the family in memory of Marcus Treadaway, please visit our flower store.