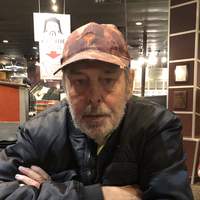 He was preceded in death by his parents; and brothers, Royce Charles "Chip" Stimpson, Jr. and Bruce Lawrence Stimpson.
Kenneth is survived by his brothers, David (Kimberly) Stimpson and Mark Stimpson; sisters-in-law, Tracy Stimpson and Christy Stimpson; and many nieces and nephews.

To order memorial trees or send flowers to the family in memory of Ken F. Stimpson, please visit our flower store.