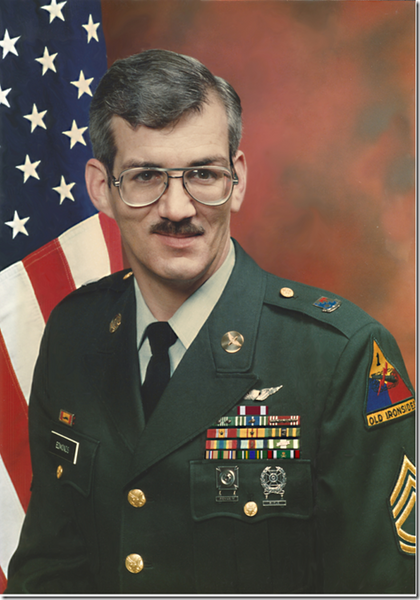 He was faithfully raised in a well-rounded military family by his father R.V. John Edmonds Sr. retired after 24 years with the US Army as an E-7 and mother Mary Lou (White) Edmonds (both deceased). His older brother R.V. John Edmonds Jr. (Sharon) – retired CW-3 from the U.S. Army with 24 years, his younger brother Steven A. Edmonds (deceased) SP-4 with 5 years service, also with the U.S. Army, and his youngest brother Richard L. Edmonds (Suzy) – retired Major from the U.S. Air Force with 23 years, and sister Christina D. Smith (Kevin). Wayne was also blessed with several nieces and nephews.

Wayne’s passion in retirement was taking care of his yard and keeping it immaculately groomed for everybody’s enjoyment.  He was a member of the VFW and enjoyed sharing military stories and reminiscing about past assignments. He was also a member of the Masonic Lodge in Germany.

Funeral services and viewing will be held on April 28, 2022, at Reflection Pointe Funeral & Cremation Svc. 3201 Webb. St, Wichita, KS. 67210.  Viewing from 9:00 – 11:00 am. Funeral begins at 11:00 am and will be followed by a full Military Service to be held at the VA Military Cemetery, Winfield, KS.  In lieu of flowers, the family has requested that remembrances be made in the form of contributions to Catherine Edmonds for funeral expenses.

To order memorial trees or send flowers to the family in memory of Delbert Wayne Edmonds, please visit our flower store.