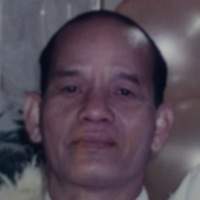 Ma graduated with a certificate from the 6th grade at Lack Song School of Tha Khack.  He went into the Laos Royal Army in  1961 until 1975.  Ma immigrated to the USA, from Na Pho Refugee's Camp through/by sponsorship from the Burce Xayavong's family in November of 1978 to Carbondale, IL.  Ma also graduated in 1979 with a Welder Certificate at Southern Illinois Community College.  Ma migrated to Wichita and worked at Harper Truck Co. for the longest time then went to work for Kice Industries, Inc.

Ma was the youngest child, growing up with three older brothers.  His parents passed on when he was still a toddler, being raised by brothers.  His favorite activities were friends gathering and special celebrations in the community.  Ma married to Khonsanh "Nang" Sihavong in 1994, both became US citizens later on.  Ma retired at 62 and enjoyed living for the last 15 wonderful years of his life.

Ma was preceded in death by his parents, and 3 older brothers, Phakham, Bouakeo, and Chanpei.  He is survived by his nephew, Khamtanh Pathana in North Carolina.  Ma will be greatly missed.

To order memorial trees or send flowers to the family in memory of Bounma Sihavong, please visit our flower store.