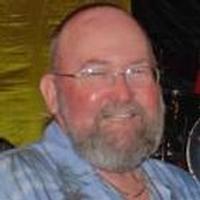 Lynn Raymond (“Ray”) Fox passed away peacefully at home on Sunday, September 26th, 2010 after a short illness brought on by the recurrence of melanoma that first appeared in 1983. Ray was born on October 30, 1939, in Santa Monica, California, to the late Bernell R. Fox and Marjorie Brown Fox. He had one brother, Bernell.

Hallmarks of Ray’s career at WSU were his commitment to academic excellence and his dedication to teaching. He received multiple teaching awards (1984, 1985, 1996) and, despite his senior rank, voluntarily committed himself to teaching the introductory biological science class throughout his tenure at WSU. It is estimated that he touched the lives of more than 10,000 students at WSU, and many of these students now work in the health and science professions throughout Kansas and beyond.

Ray had several more personal passions, the most prominent being a love of life on the water. As a teenager in the 1950s he was an avid body surfer in Southern California. Prior to starting his undergraduate education he was intent on joining the Coast Guard. However, a heart murmur disqualified him from enlisting and he instead opted for a career in science. After moving to Wichita in 1979, he once again sought out ways to enjoy water sports in his newly adopted (albeit land locked) home. First came wind surfing, then a move to mono-hull sailing (his first boat was humorously named “Accidental Tack”) and finally, to Hobie catamaran sailing on the “Windsome” with his wife Sheila and assorted other Pirate friends known to camp out on the shores of Lake Cheney. For Ray a moonlit sail was his most spiritual experience.

Ray was also a life-long lover of more land-bound sports. He played baseball in high school and college, played softball in church leagues in Florida and, in Wichita, enjoyed playing on a softball co-ed team with his wife Sheila for several years. He is fondly remembered for his enthusiastic participation and colorful banter that sometimes ran afoul of umpires or other fans, but kept the game interesting for all.

In 1995, a Christmas gift of an HO-scale train set ignited a long dormant love of model railroading. His retirement from WSU in 2004 allowed Ray to become fully immersed in a hobby that had fascinated him since childhood. His post-retirement 12’ x 20’ train layout was a wonderful outlet for Ray’s problem solving creativity, and became a delightful refuge during the winter months when sailing wasn’t possible.

Service in friendship to others was another priority for Ray. For many years he served as Treasurer for St. Albans Episcopal Church. He also spent a number of years as a volunteer with Harry Hynes Memorial Hospice, where one of his accomplishments was the updating of the “Comfort Care” brochure frequently provided to the loved ones of the dying. He was proud of his work on this project and had a very sincere hope that the words it contained would bring some relief or understanding to those who were suffering great personal loss.

While Ray was proud of his academic career, was passionate about sailing and gained much joy from his service to others, he counted his happiness in family life as his greatest blessing. Ray met Sheila Whiston-Fox at WSU, and they were married in the chapel at WSU in December, 1981. In their 28 years of marriage they created a beautiful life together filled with laughter, adventure (Caribbean travel was a shared passion) and a great raucous circle of friends.

Ray was a dedicated husband, father, grandfather and friend. He had a passion for life and he will be remembered most dearly for his love of ideas and a good debate, his appreciation for the beauty of the natural world and his indefatigable sense of humor. The party won’t be the same without him.

A memorial service will be held at 11am on Saturday, October 2nd at 11am at Good Shepherd Episcopal Church (8021 W. 21st Street North). In lieu of flowers, the family requests that donations be made to Harry Hynes Memorial Hospice.
To order memorial trees or send flowers to the family in memory of Lynn Raymond Fox, please visit our flower store.