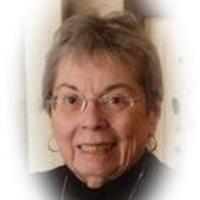 Lewis, Diane C, 72, passed away Saturday, August 29, 2009. A lifelong resident of Wichita, she was born April 20, 1937. A Celebration of Life Service will be at 2 p.m. Wednesday at St. James Episcopal Church. A local journalist, Diane had served in a variety of writing and editing positions at The Wichita Eagle from the 1970s to 2000 when she retired. She had served as LifeStyle editor, assistant business editor, food and theater critic. More recently, she wrote the arts column for Active Aging, a Sedgwick County publication for seniors. Diane was the winner of various writing awards from the Kansas Press Women and the National Federation of Press Women. She also served as president of the Wichita Press Women (now Wichita Professional Communicators) and was instrumental in hosting one of the annual conventions of the National Federation of Press Women held in Wichita. Accredited by the Public Relations Society of America, she was a public relations practitioner in roles with St. Joseph Hospital and the United Way. She also worked in the development and public relations offices at Wichita State University. Diane graduated from Mt. Carmel Academy in 1955. She attended Wichita State University where she served as editor of the campus newspaper and was a member of the yearbook staff. She also served as a student representative on the building of the Rhatigan Student Center and was a member of Mortar Board and Delta Delta Delta. She graduated in 1959 with a bachelor of arts in political science. During the 1960s and ‘70s, she was involved in numerous efforts and organizations devoted to the advancement of women’s rights and racial equality. A gourmet cook, she was known for her large collection of cookbooks. A wine connoisseur, Diane was a member of the American Institute of Wine and Food and the Wichita Wine Experience. She was one of six founders of the annual Wine Walkabout, part of the Wichita Winefest which benefits Guadalupe Clinic. In recent years, she had combined her love of wine and travel in trips to Argentina, France, Italy, Spain, Chile and various states in this country. An avid theater-goer, she often attended local high school and university productions and was a strong supporter of Wichita Music Theater. Over the years, she also traveled to New York City to attend Broadway and off-Broadway productions. There are no immediate survivors. Her parents were Jack Copeland, sports editor at The Wichita Beacon, and Winijean (Wini) Copeland, who was associated with Henry’s Inc., and was a co-owner of The Farm, a local fried chicken restaurant located on West Maple. Diane was an avid lover of animals and a memorial has been established in her name with The Kansas Humane Society of Wichita, Kan., 3313 N. Hillside, 67209. Share memories of Diane at watsonfuneral.com