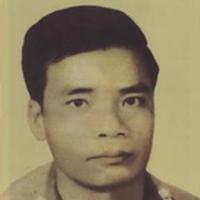 Coming from a farmer family in the rural district of Long An Province, by 12, he left home to live and study in the town of Tan An, Vietnam. He became a teacher, then a South Vietnam officer as Vietnam War escalated and then became a provincial congressman of Long An before 1975 in Vietnam.

After 1975, he joined millions of South Vietnamese to escape Vietnam for freedom. He came to the U.S. in 1985. Already in his early 40s, he rebuilt his life and then in his 50s, his family finally reunited with him in the U.S.

He was very active in Vietnamese community in Wichita and vicinity.