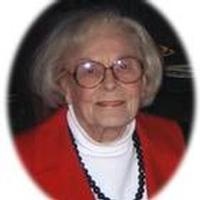 Virginia was born on February 8, 1915 in Rosewood, TX, to Myrtle and P. K. Williams. She was the oldest of 3 children. In 1932, Virginia graduated from Gilmer High School and then attended Stephens College in Columbia, MO. She then attended the University of Texas and graduated with a degree in psychology. She was a member of Kappa Alpha Theta sorority. In 1937 she married Bill Yarborough, an attorney in Austin, TX. They had a son Mike Yarborough. While living in Goldthwaite, TX, Virginia taught elementary school and was active socially in the 20th Century Book Club.

In 1947 she and her son Mike moved back to her childhood home in Gilmer, TX, where she worked in her father’s lumber yard, Gilmer Lumber Company, adding a much needed feminine touch by establishing an indoor decorating department.

Upon retirement, Virginia and Paul moved back to Gladewater, TX, building a home there and reestablishing old friendships. After Paul’s death in 1982, Virginia continued to live in Gladewater, where she was active in the First Baptist Church, the Garden Club, and Bible Study Fellowship. During these years, Virginia renewed her relationship with her Savior, and this affected the rest of her life. In her rich 94 years, enjoying her family and friends, she was no stranger to adversity, conquering cancer, living as a widow for 27 years, and uprooting her “Texas roots” by moving to Wichita, KS, with a broken hip in 2004. However, moving to Larksfield Place in Wichita, KS, near the home of her daughter Patti and her family proved to be some of the happiest times of her later years.

Virginia will be remembered by friends and family as energetic, positive, and cheerful, with a unique sense of humor. She was devoted to her family and friends, being very generous and supportive. It has been said that “eternal life is living your life for others”, and this is the example she left.

Virginia is survived by her brother Don Williams, her sister Sarah Conger, and her three children Mike Yarborough and wife Barbara, Patti Bryant and husband Doug, and Kay Mitchell and husband Lee. She also leaves 12 grandchildren: Jill McGary, John Yarborough, Jeffrey Yarborough, James Yarborough, Joseph Yarborough, Audrey Bryant, Stephen Bryant, Martha Bryant, Kendall Mitchell, David Mitchell, Caroline Mitchell, and Andrew Mitchell, and also 9 great-grandchildren and numerous nieces and nephews. Visitation with the family present will be held at the Croley Funeral Home, Gilmer, TX, from 6 - 8 PM Tuesday, July 7, with funeral services scheduled for 2:00 PM Wednesday, at the First Baptist Church of Gilmer.
In lieu of flowers the family would like for any donations to be sent to the “Caring and Sharing Program” at Larksfield Place, 7373 E. 29th St. N, Wichita, KS 67226, or to the First Baptist Church P.O. Box 1444, Gladewater, Texas 75647.
To order memorial trees or send flowers to the family in memory of Virginia W. Rounsaville, please visit our flower store.