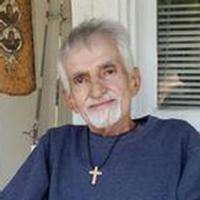 Rocco “Rocky” Gatto, 82, passed away Wednesday, June 22, 2016. He was born August 19, 1933 to Rocco and Elizabeth (Esposito) Gatto in Ellwood City, PA. Rocky served in the Army during the Korean War. He was a talented Christian, Country, and Broadway musician and songwriter and wrote a special song for each of his grandchildren. Rocky was a successful business owner. He loved fishing and maintaining his garden for the Lord. He was preceded in death by his parents; and siblings, Rudy Gatto, Angelo Gatto, Ricky Gatto, and Raymond Gatto. Rocky is survived by his wife, Patricia; children, Rocco (Wendy) Gatto, Michael (Wendy) Gatto, and Marlo (Steven) Coda; siblings, Lou (Cindy) Gatto and Sandy (Dick) Winchell; 6 grandchildren; and 7 great-grandchildren. Funeral: 10 am, Thursday, June 30, 2016 at Reflection Pointe Funeral & Cremation Services, 3201 S. Webb Rd., Wichita, KS 67210. Interment to follow at 2 pm at the Kansas Veterans’ Cemetery in Winfield. In lieu of flowers, the family requests you make a donation to your favorite charity.
To order memorial trees or send flowers to the family in memory of Rocco "Rocky" Gatto, please visit our flower store.