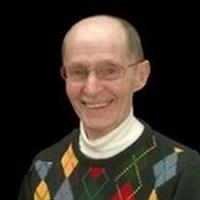 Robert M. Bomgardner, 78, was born September 25, 1937 and passed away peacefully surrounded by his family and loved ones on Wednesday, September 30, 2015. He graduated from Fort Hays State University in 1961. More recently Bob lived in Dodge City from 1967 – 1990 and then Wichita from 1990 - 2015. He worked in the financial industry and spent 10 years coaching youth baseball. Bob was a husband to one and a friend to many. He is preceded in death by his parents Maurice and Dolores Bomgardner, and his son Mark. Bob was married on September 2, 1967 to Judith Allen; they have four children, Stephen (Carlyle Sharpe) Bomgardner, Mark (Karla) Bomgardner, Richard (Mona) Bomgardner and Stacy (Chris) Pinkerton. He has nine grandchildren; Conner, Braedon and Allison; Kyle and Kirk; Samuel, Oliver, Ethan and Camille. Bob is survived by one sister Shara Sue Margheim. A memorial service will be held on October 9, 2015 at River Community Church, 2130 N. Oliver, Wichita, KS at 2:30 P.M. In lieu of flowers, the family requests donations be made in his honor to The River Community Church Youth Group.
To order memorial trees or send flowers to the family in memory of Robert "Bob" M. Bomgardner, please visit our flower store.