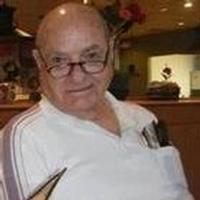 Toby Elster grew up in Calipatria, in the Imperial Valley of Southern
California. Toby was born in 1923 to a successful pioneer farmer, Jack Elster,
and his wife Pauline Gelles Elster. His experiences and upbringing are
documented in Jack Elster, a book written by him about his father’s influential
ways. Toby Elster’s biography appears in Who’s Who.
Toby was a fighter pilot in WWII in China and during the Korean War. After
settling in Wichita he spent time in the Civil Air Patrol and commanded the
Kansas wing of Civil Air Patrol for some time. With degrees in business and
geology, Toby pursued and had a successful career as an explorer of oil and
natural gas.
In 1970, Toby became interested in information related to communism, education,
school systems, and politics which led to a 20 year quest. This also began a
long legacy of Toby writing editorials and writing to editors and the public.
He was a regular contributor to the Letters to the Editor at the Wichita Eagle
and Beacon. Toby wrote on earth science, environment, business, education, and
political subjects. Toby also wrote a book about his 40 year association with
aviation, The Cloud, The Sky and I.
Toby is survived by brothers Leon and Sam and sister Judy, he is also survived
by sons Marc and Louis and daughter Paulette.
Funeral services will be held later this year at Arlington National Cemetery.
To order memorial trees or send flowers to the family in memory of Toby Elster, please visit our flower store.