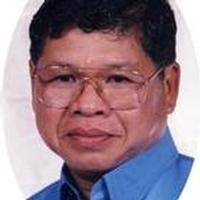 Boun Sinhpraseut was born on October 10, 1950 in Donedeng Laos. He was the youngest of three children.  He is preceded in death by his parents and older brother and has a surviving sister Chiengkham Souphon.  At an early age he began seeking truth and knowledge by living and studying at a monastery.  His love of learning led him to become an educator himself.

He brought his family to the United States in 1980 in hopes of a better future. One of his proudest moments is when he became an American citizen.

Boun always offered kind gestures to others out of the goodness of his heart just to see a smile and laugh.  He touched and forever changed the lives of everyone that came across his path. Boun would always find ways to experience more out of something so simple. He appreciated what life had to offer. He loved to spend time with family, travel, explore, sightsee and collect things.

Boun is survived by his four children; his oldest daughter Amanda, second daughter Souphaly, and his two sons Johnny and Jamie along with three grandchildren whom he cherished, Anthony, Elizabeth and Brandon.  Boun is also survived by a nephew Xaythideth, nieces Melissa, Emily and their children.

Boun used his brief time here on earth to make it count as a man love and appreciated by anyone who knew him. He was a father loved by his children and most important as a Christian loved by our Lord. He’s been called to a permanent position as an angel of Christ. Boun went home to The Lord on December 23, 2013.
Services for Boun will be held Saturday December 28 at 1:00 pm at Watson Reflection Pointe.
To order memorial trees or send flowers to the family in memory of Boun Sinhpraseut, please visit our flower store.