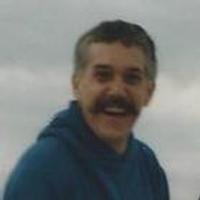 Phillips II, Robert "Robin" Hart, 66, passed away September 25, 2013, surrounded by family after a tough battle with lung cancer.
He was born on March 12th, 1947 in Wichita to Margery Aline (Hawkins) Phillips and the late Robert "Bob" Phillips. Robin worked at Boeing for 30 plus years, retiring in 2005 and became a "Stay at home Papa" as he liked to call himself, to his two grandchildren, Morgan and Keegan Rousseau. An avid fisherman, he enjoyed anything outdoors from scuba diving to horseback riding. He loved to travel and see new places. Spending time with friends and family was important to him. His daughter and grandchildren were the center of his world. Robin loved and lived life to the fullest. He is survived by his mother, Margery; 3 brothers, Chris, Pat and Todd; 3 sisters, Julie, Mary and Shaunna; his daughter, Erin; 2 grandchildren; 16 nieces and nephews and his long time friend, Nancy Miller. In lieu of flowers, the family is requesting that donations be made to the Walton Rural Life Center. You can send donations to Walton Rural Life Center PO Box 140 Walton KS 67151. A celebration of Robin's life will take place Tuesday at 2:00 PM at Calvary United Methodist Church. Share memories of Robin at watsonfuneral.com
To order memorial trees or send flowers to the family in memory of Robin Phillips, please visit our flower store.