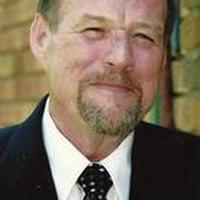 R:. W:. Rodney Harold Durham of Wichita, KS went to be with his mother and the Lord on June 18, 2013 at the age of 62 after a courageous battle with ALS (Lou Gehrig’s Disease). Rodney was born on December 1, 1950 in Hutchinson, KS. After graduating from SE High in 1969, he enlisted in the USAF and was stationed at Cannon AFB in Clovis, NM. In 1973, he returned to Wichita where he worked for Boeing. Rodney had many interests and lived life to the fullest. He attended Kansas School of Barbering and worked for a few years as a Barber at Roanoke Barber Shop and then returned to Boeing. He was an ordained minister and blessed many people over the years with his beautiful voice singing praises to the Lord. He was raised to the sublime degree of a Master Mason at Albert pike #303, he was Past Master of Wichita Lodge #99 in 1997 & 2008 and District Deputy of distrct #6 in 2011 and was an active Shriner. Rodney also volunteered at the Colvin Senior Center for many years. He was bigger than life and when he walked into a room, his light shone bright. Rodney had many friends and was always available for those in need. He loved to make people laugh, and was always the life of the party.
He left behind 4 children; Pamela Rene’e Durham (Eric Abbott), Rodney Joseph Durham (Erin Kardel), Patricia Galliher, and Dominic Antonini (Lauralie), and 9 grandchildren; Tabitha and Anna Galliher, Mikayla and Matthew Durham, Gabriel Marbourg, Rodney Alexander and Rebecca Durham, and Sophia and Dominic Antonini. He has one grandchild due in December. The grandchildren gave their PaPa lots of kisses these last days which made him smile. Though he had his own children, he was “that” Dad to all that needed him.
His love of life was showed in everything he did and he especially loved the ladies young and old. He had a way of making any woman feel beautiful and special. But his greatest love was his mama, Wilma Durham. He had five sisters; Lila Taylor (Richard), Diana Couldiron (Larry), Janet Hamel, Sherry Winery (Mark), Karen Durham, and a brother, RJ Brassfield and many nieces and nephews who he loved dearly and looked to him as their Dad. He is proceeded in Death by his father, Harold Durham, and his mother, Wilma Durham.
A celebration of his life was held on Friday at 10:00 AM at Watson Funeral Home.
To order memorial trees or send flowers to the family in memory of Rodney H. Durham, please visit our flower store.