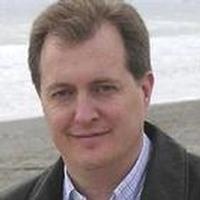 Andrew Arthur Mathews, precious husband and soulmate, much-adored daddy and beloved son, uncle and brother, passed away Nov. 15, 2012. Andrew was a proud employee of The Cessna Finance Corp. (Cessna/Textron), where he was V.P. of Asset Mgmt. Andrew formerly held positions at Hawker Beechcraft, Raytheon Aircraft and Bombardier/Learjet. Andrew graduated from Embry Riddle Aeronautical University/Daytona Beach, Fla., in 1987 with a bachelor’s degree in aviation administration. He was living his lifelong dream of working in the aviation industry and loved his job.

Andrew was born May 13, 1961, in Oak Park, Ill. He was a brilliant, generous, patient, loving man with a wonderful sense of humor. He laughed out loud at the Sunday comics, cartoons (especially Spongebob Squarepants) and silly internet videos. Andrew loved music. His favorite music was made by his daughter, Sarah, who would play private cello concerts for him in his living room. A recent highlight for Andrew was hearing Jackson Browne live in concert – he was so happy. Andrew was an avid Xbox gamer and enjoyed shooting down zombies with his buddy Sarah. Andrew and Sarah also shared a love of roller coasters, lunch dates at Sabor and all things nerdy. Andrew’s favorite holiday was the 4th of July. He reveled in buying and launching fireworks. Andrew adored animals – they knew he was “good people." Andrew was an excellent provider. His family wanted for nothing.

Andrew and his sweetheart, Juliann, met in the summer of 1982 and for both, there was a feeling of “being home." They married August 17, 1985, in South Burlington, Vt. Andrew and Jules adored each other. As long as the other one was near, all was well with the world. After 30 years together, they still melted when they saw each other. On October 18, 1989, their darling daughter, Sarah Julian Mathews, was born. Andrew was the kind of dad every young woman deserves. He raised Sarah to believe in herself, to be strong, to dare to try new things and to always know that she was beautiful , smart and special. Sarah was the apple of her daddy’s eye, and he was so very proud of her.

Andrew’s absence has profoundly affected the lives of many but especially his wife, Juliann Nowocienski Mathews, and daughter, Sarah Julian Mathews, both of Wichita. The three were a team who genuinely enjoyed spending time together. Andrew’s Sheltie buddy, Nicholas; cat, Mel; and new Sheltie pup, Willem, miss their dear “dad” as well.

Andrew is survived by his parents, Dorie and Orland Smith of Naples, Fla., as well as 7 brothers and sisters and their spouses and children. He is also survived by his mother-in-law, Beatrice Nowocienski of Shelburne, Vt., and his sisters-in-law and their families. Andrew was predeceased by father, G. Frederick Mathews; his maternal/paternal grandparents; brother Michael C. Mathews; and his beloved Sheltie, Sally.

Please join Andrew’s family at 4 p.m. Monday, Nov 26 at the Petroleum Club of Wichita, 100 N. Broadway St., # 900, Wichita, to joyfully celebrate the life of this magnificent man. If you have a funny story or anecdote about him to share, we’d love to hear it. Share memories at watsonfuneral.com. In lieu of flowers, a memorial has been established for the continuing education of Sarah Mathews, C/O Juliann Mathews, 209 North Battin St., Wichita, KS 67208. Watson Funeral Home handling arrangements.
To order memorial trees or send flowers to the family in memory of Andrew A. Mathews, please visit our flower store.