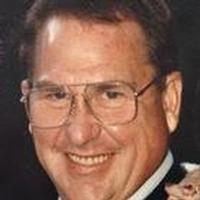 Clark S. Engle, 70, passed away Sunday, October 14, 2012 in Rogers, Arkansas. He was born March 27, 1942 to the union of Ray Engle and Dorothy Clark Engle of Abilene, Kansas. He attended Abilene Public Schools and graduated in 1960. He attended Fort Hays where he majored in Physical Education. Clark was an offensive tackle for the Tigers and held individual honors in 1962 and 1963. He also threw discus and shot put for the college track team. He graduated in 1964 and went to work as the Athletic Director for YMCA’s in Garden City, Kansas; Omaha, Nebraska and Wichita, Kansas. Clark retired from International Cold Storage before relocating to Arkansas.