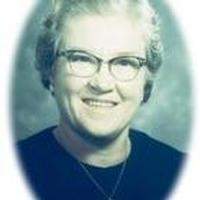 Most recently a resident of the Magnolia Manor Care Facility in Jefferson, Texas Mrs. Fortier entered into eternal life on Friday, the 24th day of June.

Devoted wife and widow of Wilfred (Bill) Fortier, she is survived by a brother, Mr. William Luttgen living in Colorado; two sons residing in Texas, and four grandsons.

Mrs. Fortier was born in New York, N.Y. where her father had his business. Her mother was a native of Wichita, KS. Her family then moved to Wichita in 1926. She finished her public education at Wichita High School East. She returned to New York City to continue her formal education in Architecture and Interior Design. It was in New York that she met and married her husband of 43 years. Margaret, her husband and first son, Wilfred, returned to reside in Wichita in 1938, where their second son, Paul, was born.

Besides being a dedicated housewife and mother, Mrs. Fortier also volunteered her time and talents with P.T.A., scouting programs, Catholic Altar Society, teaching English to new citizens, and arts and crafts to nursing home residents. She was a patron of the arts and history in and of the city of Wichita.

In later years Margaret was an assisted living resident at Presbyterian Manor in Wichita until her sons relocated to Texas. At this time she moved to Jefferson, Texas to remain close to her sons.

Mrs. Fortier leaves many fond memories with those who knew and loved her. Visitation with the family present will be held from 5 - 7 pm Monday, at Watson Funeral Home, 3201 S. Webb, with Graveside services at 10:30 am Tuesday, Lakeview Cemetery.

The family wishes that donations and/or flowers be discouraged. Share memories of Margaret at watsonfuneral.com
To order memorial trees or send flowers to the family in memory of Margaret Luttgen Fortier, please visit our flower store.